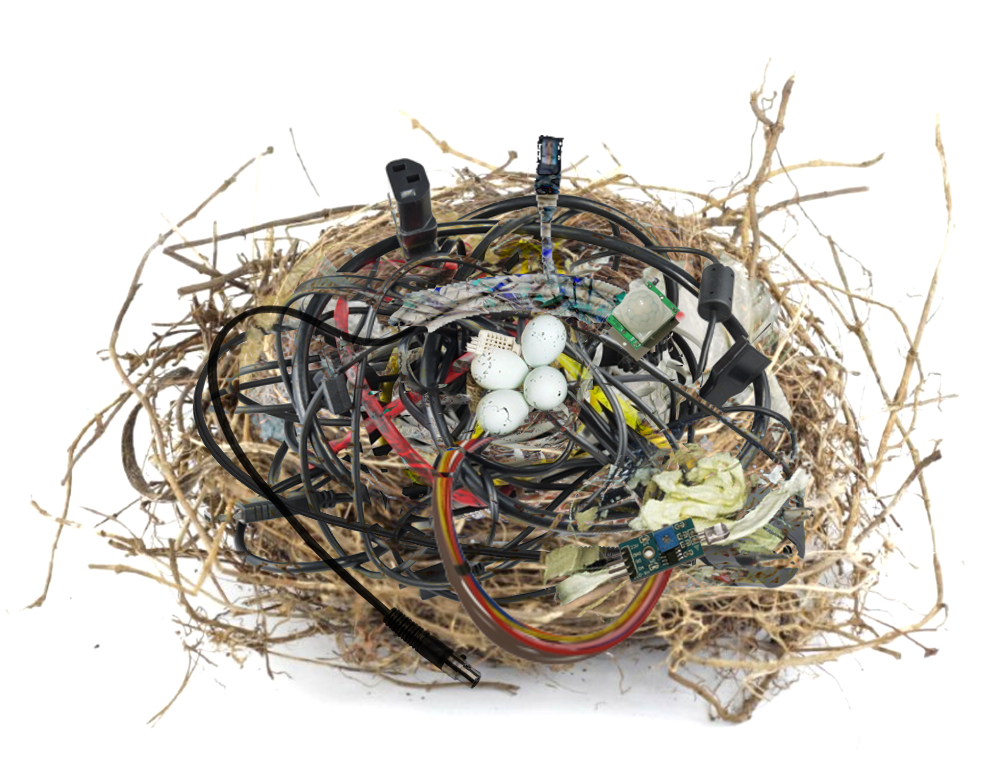 This swan's nest was found on the year of 2074 in a secondary canal of the city of Utrecht, the Netherlands. Among the jumble of wires, cables and half-broken electronics, a working sensor gone missing from a children's toy wreaked temporary havoc for the Smeets family. The toy in question belonged to their youngest son, Gert-Jan, who was four years old at the time; this 'smart' toy was designed to measure little Gert-Jan's heart rate, blood pressure and respiratory rate. Without the Smeets noticing, the sensor responsible for the heart rate measurements went missing one day during their customary Saturday park walk, only to end up in a swan's nest somewhere in the heart of the city of Utrecht. As a 4 year old child's normal heart rate is close to that of a swan's, at first nothing particularly out of the ordinary was taken notice of. But when the readings started constantly indicating higher heart rates than those expected, the Smeets began to be concerned. Adding to their worries, their e-mail boxes were filled daily with information about tachycardia, advertisement for cardiac specialists around the Netherlands and automated admonishments from their family doctor. That's when the whole procedure took place that would culminate in the finding of this swan's nest, which our curators have jokingly nicknamed Zeus.

(excerpt from the exhibition 'Internet of Birds', currently at the Museum of Natural History of Rotterdam until April 23rd, 2085)