Remix of a blogpost by Silvio Lorusso and debris of photos, complemented with a dispersed editors' note.

Labor Neunzehn is run by Valentina Besegher and Alessandro Massobrio. It is an artist-run space located in Berlin and multi-disciplinarily engaged in expanded cinema, modern music, publishing, and the critical reflection in media art.

During the workshop participants dive into ASAB, a web-based application and an artist experiment about books, hyperlinks obsolescence, and reading strategies developed by Labor Neunzehn. The project considers how hypertext and print already coexist (as opposed to one superseding the other), through a navigable archive of collected reference material that visitors can both navigate and shape themselves. 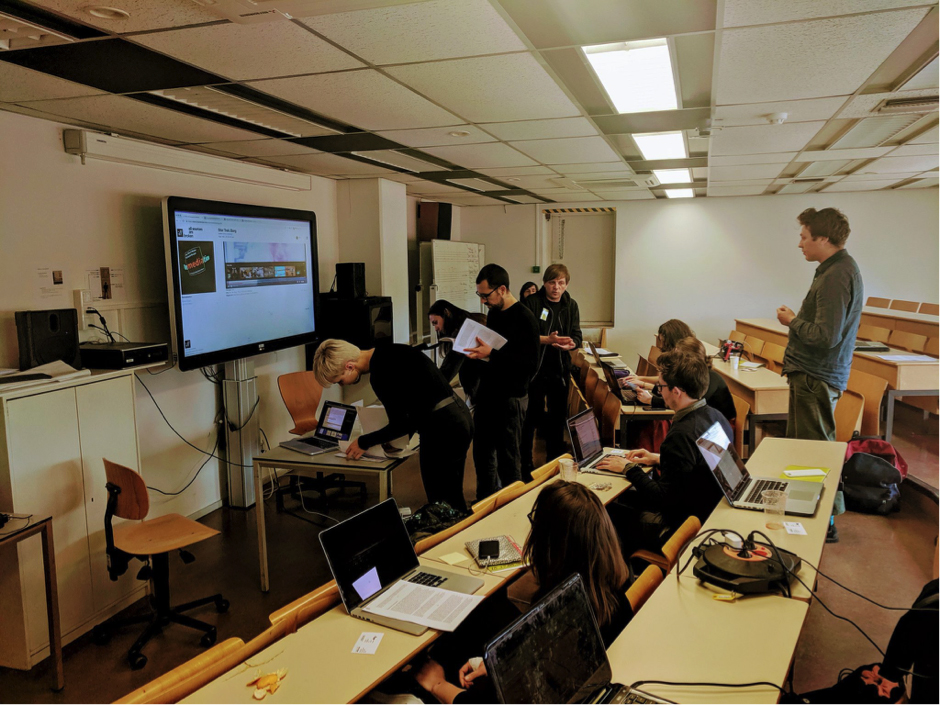 Participants during workshop All Sources are Broken.

Alessandro and Valentina introduced the workshop by highlighting the relationship between post-structuralism and post-digital. All Sources Are Broken is the name of the platform developed by Labor Neunzehn. ASAB allows users to create cross-references between so-called old and new media. Users are asked to select short passages of a book mentioning media items such as movies, documents, websites and pictures, but also public figures and places. In this way the original book is 'exploded'. The tool fosters the exploration of new strategies of learning and reading. ASAB is not meant to be understood as a full-fledged 'product' or 'service', but more as an experimental instrument to rethink publishing. This is why the tool doesn’t incorporate automatized shortcuts such as looking for the excerpt in a database or giving a list of preselected choices: ASAB encourages slow reading. 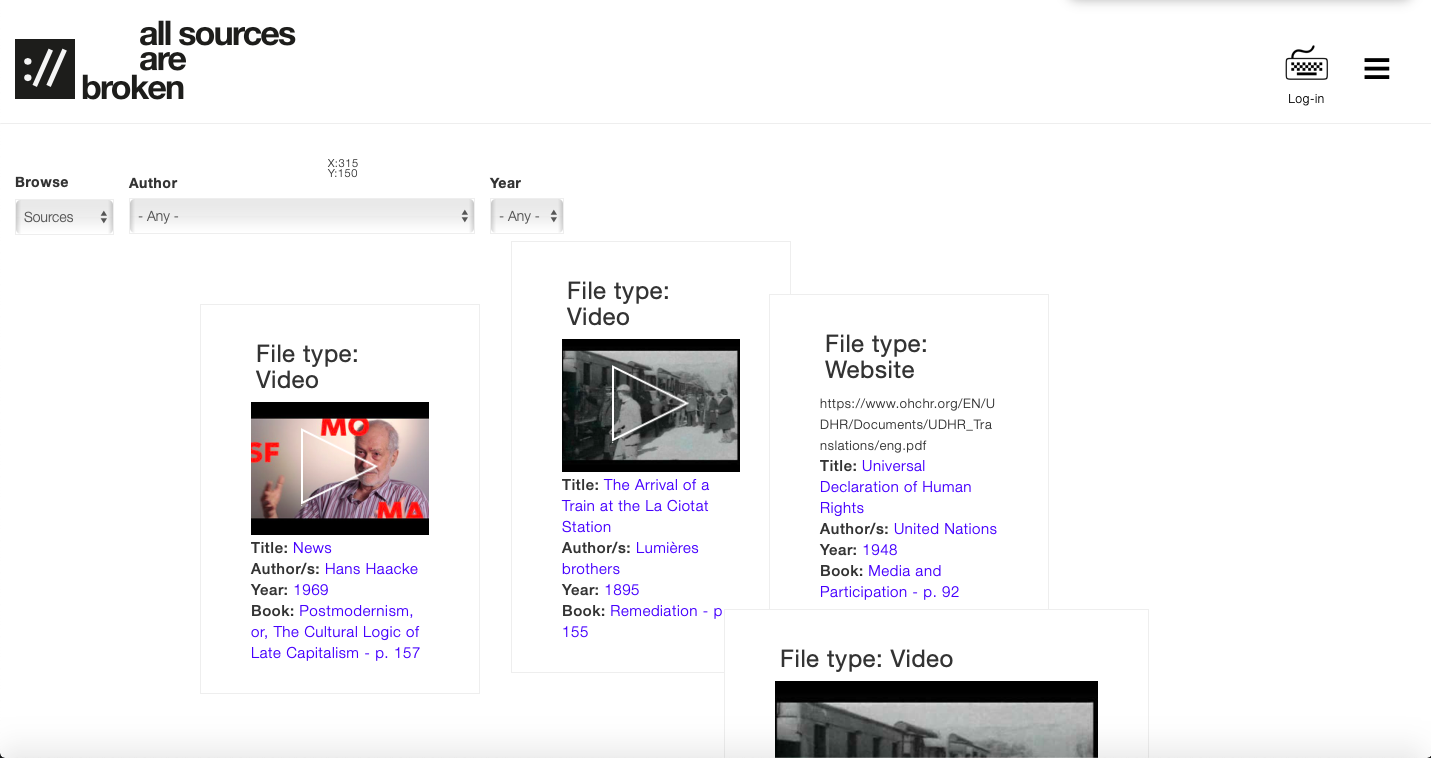 Screenshot from interface of ASAB.

To introduce ASAB, Alessandro and Valentina showed us Starfire, a 1993 commercial from Sun Microsystems. The futuristic commercial is particularly relevant because is mentioned in Remediation, a book by Jay David Bolter and Richard Grusin, one of the books we were asked to work with. The other two were Postmodernism, or, the Cultural Logic of Late Capitalism by Frederic Jameson and Media and Participation by Nico Carpentier. These books were chosen to demonstrate that hypertextuality precedes the advent of the internet and can be found in print as well. ASAB tries to go beyond the dichotomy between paper and pixel and reminds us that reading is itself an act of writing. The tool comes from the realization that it is common to include hyperlinks in printed books but these hyperlinks are often broken. ASAB comes in help by connecting pieces of text in the book to media item online, which are defined OMS (online media sources).

Dispersed editors' note: While urgency may seem to call for a fast publishing process up front, after the publication is issued starts the trajectory of the afterlife, which preferably stretches out over a long time. Keeping a publication urgent over the course of weeks, months, years, or even decades (as in the examples that were used in the workshop) asks for dedication and thus: a slowing down. Slow reading, continuous remediation, following inter- and hypertextual tracks throughout literary history, offering up a book to participatory investigation: they all partake in the afterlife of the publication - its urgency as it spreads out over time.

Alessandro and Valentina are currently developing a new functionality for ASAB consisting in turning the surface of the website into a canvas. The user will be able to organize resources to create narratives and print a pdf out of it.
The project can be seen as a form or re-archiving that relates to techniques of preservation such as DOI (Digital Object identifier) or crawlers. ASAB is participatory: multiple users can contribute to enrich the archive. Its interface tries to go against the general 'shopping mall' feel of the contemporary web. After the participants tested ASAB, there was a discussion on new functionalities to implement and on the possible direction the project might take. While some of them enjoyed the experimental approach of the tool, some saw the potential of turning it into a service or into a software that can be locally installed.