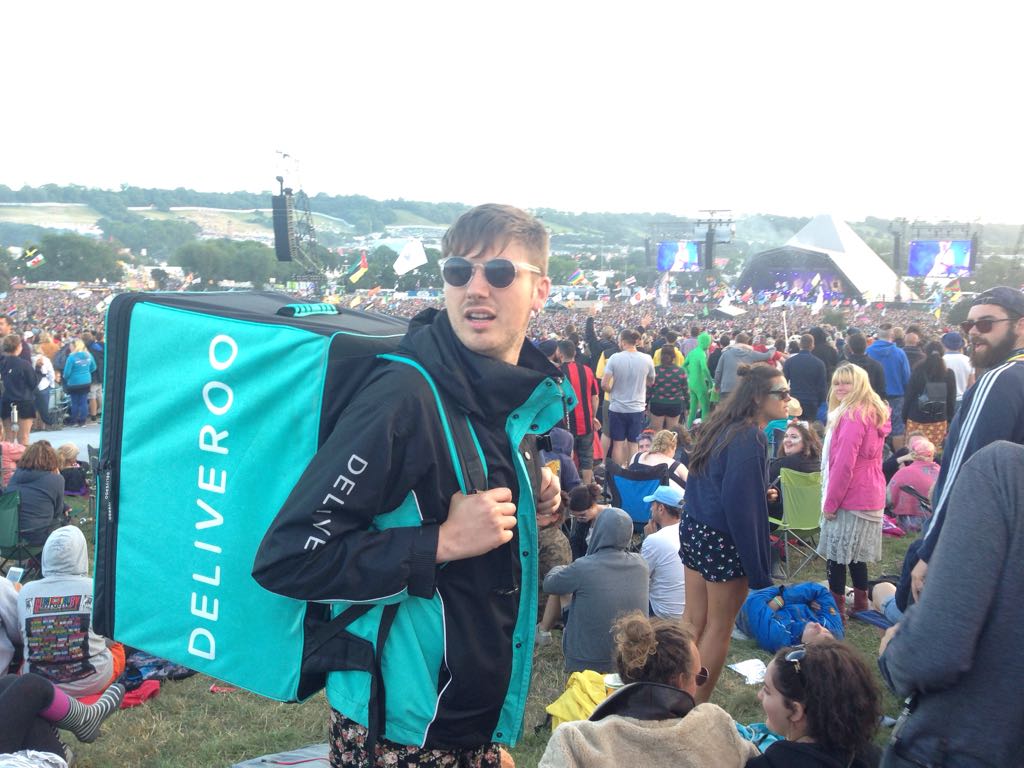 This summer I decided to take my Deliveroo uniform to deceive festival-goers into believing that they could get food delivered to their tents. Deliveroo's 'Ride with us' page states that you can 'work around your life with flexible hours'1, so as long as I have my phone charged and my jacket I figured I could turn some of my free time into earning a few extra drops. Uncertain whether I was on shift or in fancy dress, curious festival goers would either ask me when their pizza would arrive or if they could order meals from the festival food stands. I spent the weekend walking round Glastonbury festival in my uniform, repeating a joke that immediately became old, endorsing an idea that has yet to be sold. Reactions took a familiar turn, a common emotional response reminiscent of most disruptive start-up ventures, one that begins in shock and ends in demand -

Is that Deliveroo? (shock)
Can you get Deliveroo at festivals? (disbelief)
Where can I order food from? (demand)

The aim was to haunt the festival with outsourced on-demand work but the entrepreneurial spirit somehow brought this joke to life. I represented one of the 60% of Deliveroo couriers under the age of 252, many of whom would struggle to afford the £180 ticket price to attend Glastonbury. The rising costs and precarious incomes generated through flexible part-time work has consequently driven the average age of a festival-goer up to the mid 30s, forcing many of the under 25s to 'volunteer' or find 'innovative' ways of getting in. This normally involves working in exchange for a ticket, checking wristbands, stewarding, cleaning up and grabbing any opportunity whilst your there to have as much fun as the people partying through their never-ending 30s.

When I returned home it was reported that over 600 temporary workers on zero hour contracts expecting to clean up the festival's location had been 'let go' due to a lack of work3. Because of the nice weather and on-site charity volunteers, the cleaning only took 2 days instead of the normal 10, leaving many who had travelled from Europe stranded in a field in Somerset with no meal tokens and no work. Pertinently, one of the headline acts of the weekend was a visit from UK Labour leader Jeremy Corbyn who restated his party's pledge to abolish zero hour contracts. Deliveroo have not yet responded to my action but no doubt they would encourage this type of entrepreneurial endeavour, intentionally endorsing and expanding their domain, placing the gig worker in the front row of the festival arena. Many festivals have already incorporated other services such as Airbnb in the form of boutique camping (known as 'glamping'), where people pay for the privilege of having a young team erect their pop-up tent, inflate their mattress and roll out their sleeping bag before they arrive. It's pretty comfortable commerce compared to the counter cultural movements that these gatherings originated from.

I have since become aware that my actions have planted the idea for similar business venture to take place. A friend of mine who works in brand experience is already having meetings with UberEats about implementing festival food services for realz. Now that this plausibility is becoming an imminent reality, how should I reflect on this provocation? As the late Mark Fisher said, 'All that is solid melts into PR'4. Critical actions are no exception. It appears that disruptive critique of the platform economy only shocks once before the orders start coming in.5

Thank you for your order!
Your critique of platform capitalism is less than 10 minutes away!
If you liked this idea make sure to leave feedback so we can improve our service in the future. 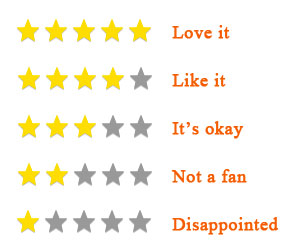